On Sunday 2nd January 2022 at 6pm, you can watch Earth's Tropical Islands.  The programme focuses on Madagascar on BBC2  and it travels across Madagascar, exploring the beautiful wildlife who live there

The island was formed almost 90 million years ago – it’s the oldest island on earth.  One of the best known species in Madagascar is the lemur, particularly ring-tailed lemurs who are the direct descendants of one of the first mammals to arrive.  They spent about 8 hours a day foraging in the Spiny Forest.

Labord’s chameleons are unique to the island and they live for just four months.  They hatch at the start of the rainy season, and time is pressured as they grow, mate and lay eggs before the dry season arrives.

Most of the wildlife in Madagascar is found in tropical rainforests such as the tenrec (like a hedgehog) who can give birth to as many as 32 in a litter!  And there’s the pelican spider, and the aye-aye.

The problem for the island is that since people arrived on the island, there has been change which is faster than most animals can handle.  Just 20% of the original forest is still there whilst 95% of lemurs are threatened with extinction.  So what can be done to turn this around?

It can be done.  The bamboo lemur on the island is now protected and since then, record numbers of babies have been born.

Do you want to help wildlife on Madagascar?

Well, the Durrell Wildlife Conservation Trust is one charity which is working to help wildlife and people in Madagascar.   This You Tube video shows you the work that the charity is doing

The people have been depending on the island’s eco-systems for many years, so Durrell is working to help empower communities to lead in protecting their environment around them.

Durrell currently has a fundraiser on Just Giving called “Revive the Magic of Madagascar”, and the aim is to tackle both climate change and biodiversity loss we must secure the future for both wildlife and people.”   You can donate here. 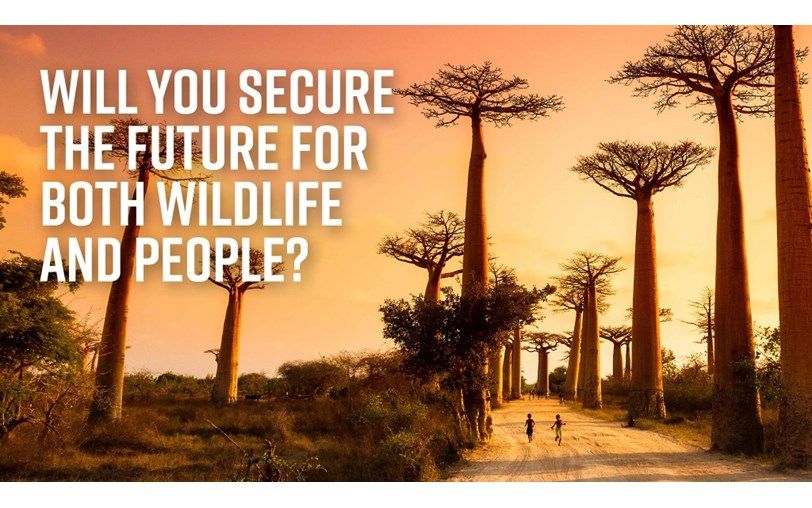 Madagascar has more endangered species than anywhere else on the planet and Durrell is working to help them.

There’s the Ploughshare tortoise, which number less than 100 in the wild, and which has been pushed to the brink of extinction by the illegal wildlife trade.   Durrell aims to continue to breed the tortoises and release them into a secure enclosure.

The Madagascar Pollard is the rarest duck in the world.  It was declared extinct in 1993 but it was rediscovered in 2006.  Durrell focuses on breeding the ducks and releasing them onto Lake Sofia to enable them to thrive once more.

Durrell are working with local communities to protect the wetlands around Lake Alaotra to give the Alaotran gentle lemur.

The Madagascan side-necked turtle is the largest freshwater turtle in Madagascar but it has had a terrible decline in numbers.  Durrell is working to breed these turtles and protect their habitat, both vital steps to secure the future of the species.

Equally, you can become a member of the Durrell Wildlife Conservation Trust and support the Trust’s work around the world and help care for the animals at the zoo in Jersey.