In Victoria, Australia, the Koala Leaders Unite rally was held on 18 November at the state Premier’s Office.

It was held a week before the state election there, and it took place at the then Premier Dan Andrew's office.  It was attended by almost 50 people and the Koala Clancy Foundation  and Ballarat Wildlife Rehabilitation and Conservation are co-hosted the event in the hope that voters will consider koalas when they vote, and that the public rally will make the next government sit up and take action. 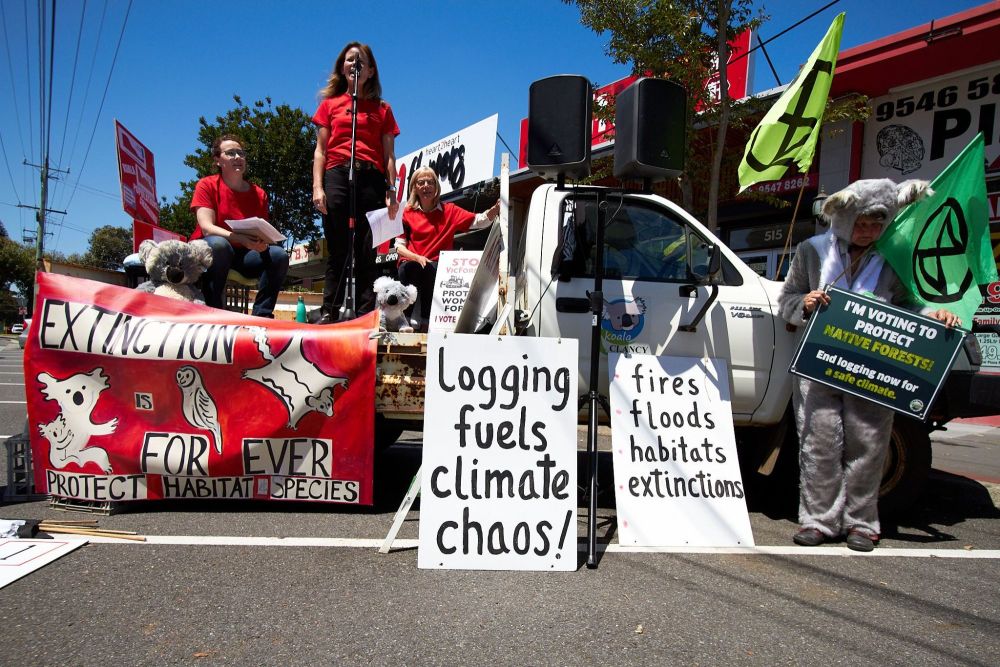 The Koala Leaders Unite rally was held just before
the election in Victoria, Australia outside the Premier's office.
Image © Danielle Judd

Koala Leaders gave 6 speeches stories about koala deaths and declines in the region – all driven by state government policies of neglect and contempt.and they included: 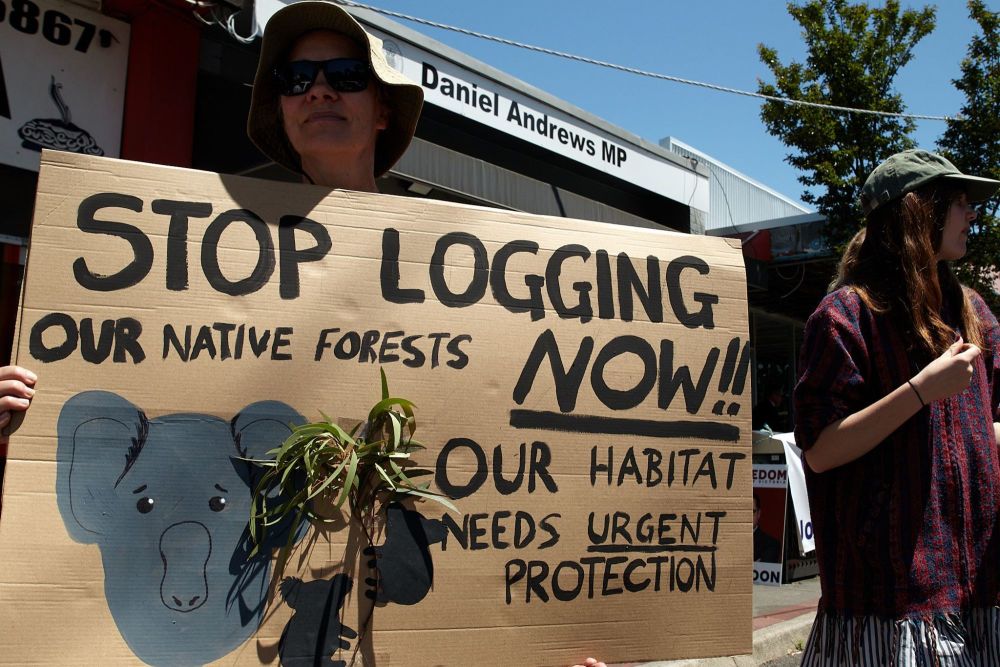 Koala Commandments for the next state Premier

Advocates for koalas have compiled urgent demands to save Victorian koalas.  They will be delivered to the next state Premier. 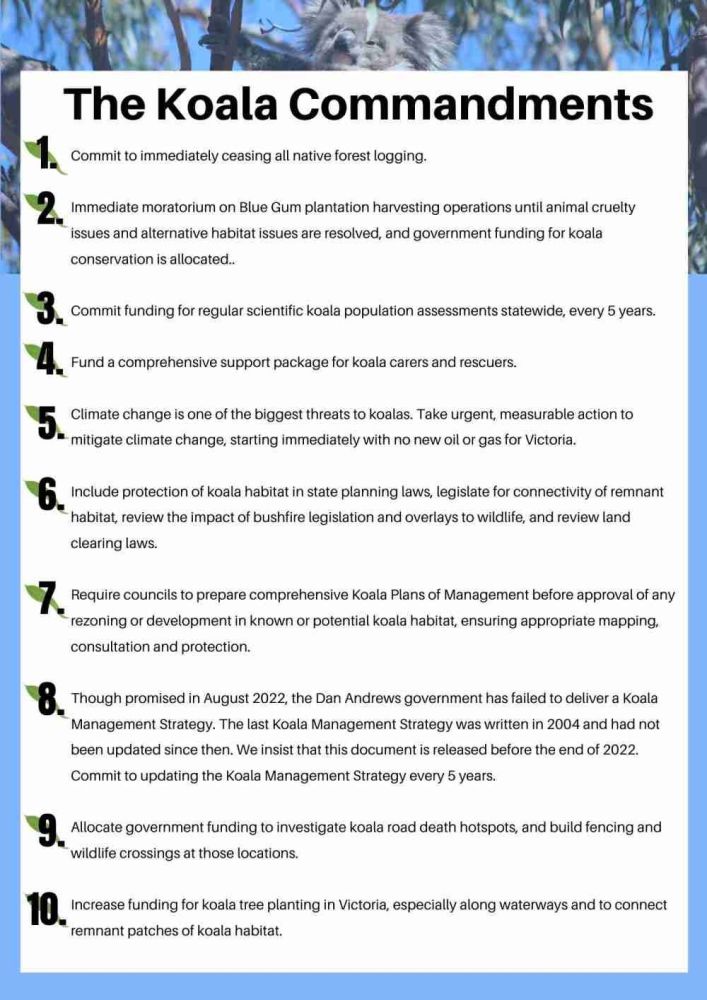 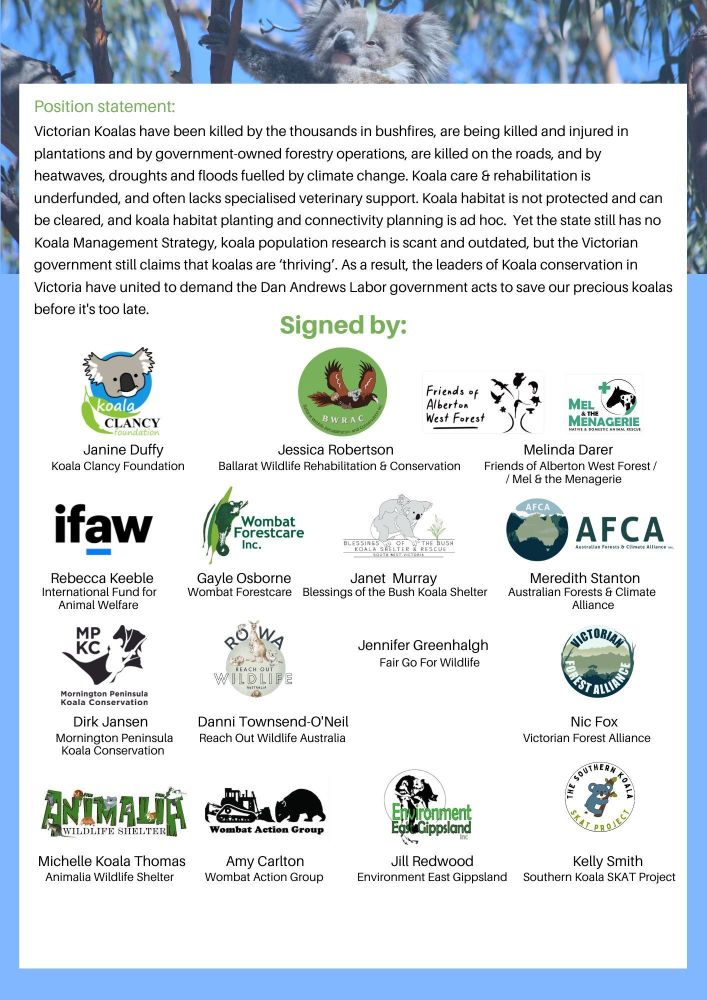 The Koala Commandments have been signed by 16 groups including:

Blessings of the Bush Koala Shelter 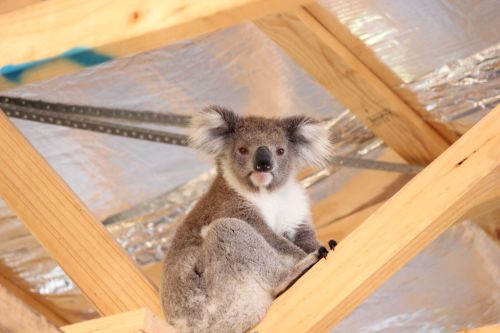 Koalas need habitat to survive and thrive -
too many have lost their habitats
because of bushfires, logging and development
Images ©  Koala Clancy Foundation

For like any species, koalas need habitat to survive and thrive, and nearly 50,000 koalas are about to die in Blue Gum plantations.  State owned logging operations are causing the death of the rare, genetically distinct Strzelecki koalas in the area of South Gippsland.  People are telling the Koala Clancy Foundation that koalas have disappeared.

Coming up to the election...

Despite the deaths of thousands of koalas in bush fires fuelled by climate change, the Dan Andrews government was pushing ahead with plans to drill for gas near the Twelve Apostles.  If this happens, unless koala lovers speak up, the Victorian koalas will soon be endangered. 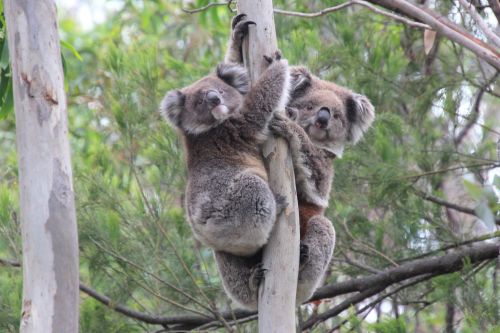 Where will those koalas go?

What will they eat?

Doesn’t the state government even care?

And if it does say it cares, why is it destroying koala habitat, when it says there are about 50,000 koalas in the area it is going to log? 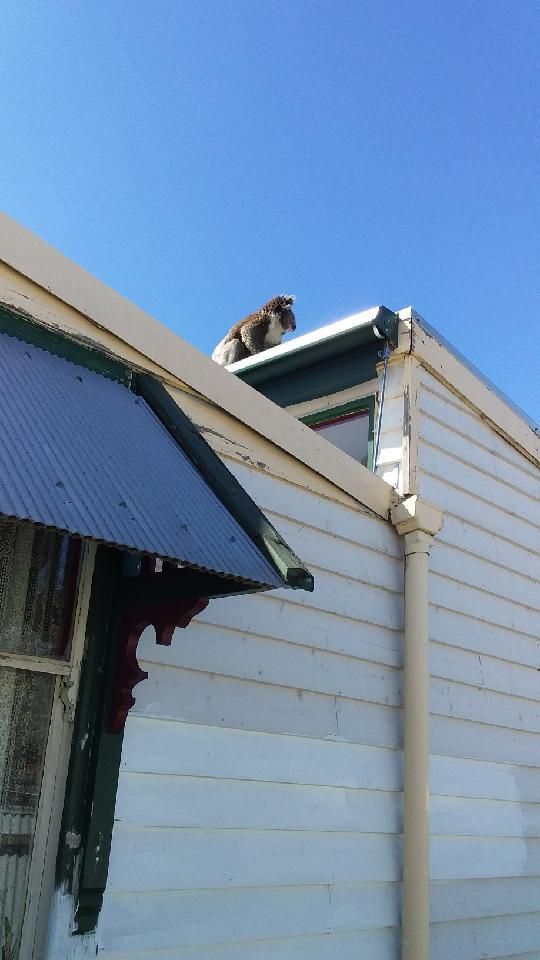 Please visit the websites above and see if there is anything you can do to get involved, wherever you are.  Wildlife need us and the more people who join in to help in whatever way they can, the better.