There's a programme on the UK's Channel 4 at 8:15pm on Saturday 7th May 2022 called Devon and Cornwall:  Greener Lives.

The programme meets locals living in this beautiful part of the UK (it's in the south west) who are working to bring balance back to both land and sea and working hard to protect nature.

A farmer, Cyril, in Devon is returning to traditional hay meadows
Previously he was depleting them through intensive farming during the 1960s.  As the programme points out, during and after the war, a nation needed feeding, regardless of the impact the push for growing food had on wildlife and nature.  The farmer wants to put something back to the land and let nature do the work.  He makes hay meadows.  The seeds from the hay meadows are spread quickly in fields on other farms.  Like other farmers, Cyril is returning hay meadows to Devon - and with those come wildlife such as voles and barn owls - and Cyril is looking after the wildlife as well now!

Volunteers paddle to coves to clear plastic from the beach.
For instance, Steve and his beautiful dog Rosie are thinking global but working to make a difference locally.  At times Rosie jumps off Steve's boat to collect rubbish and bring it back to the boat!  And Steve has a band of volunteers helping him, navigating in and out of the coves to collect rubbish.  He is determined to clear beaches of rubbish and to leave the planet in a cleaner place when he leaves it.  You can join a beach clean organised by the Marine Conservation Society.

David, Mertle and Bill the horse are busy clearing bracken 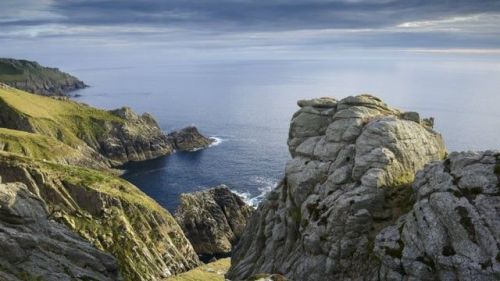 The beautiful island of Lundy, where the National Trust,
RSPB, English Nature (now Natural England) and Landmark Trust
have been working to help the Manx Shearwater.

And Dean, the warden on Lundy Island, watches for the puffin to reappear.
As well as puffins, the Manx Shearwater has made a big comeback to the island - find out more from the National Trust. 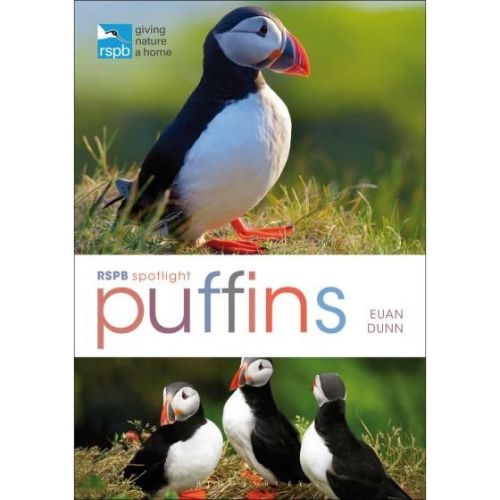 The book "RSPB Spotlight: Puffins" is available from the RSPB's online shop

Beavers are back in the River Otter!
Beavers have been very busy here, building a dam and maintaining it.  And a fox has been spotted checking out the beavers too!  The Devon Wildlife Trust is working with landowners to make sure the beavers don't cause any problems e.g. interfere in cider making!

Don't miss it - it would be a great way to be inspired by other people taking action and also to pick up ways to get involved and make a difference!

The more people we can all get involved, the better!