The Librarian President Ellen Johnson Sirleaf has formally signed off on a National Elephant African Plan.

The plan was devised by Fauna & Flora International (FFI) and its partners and it's being funded by Stop Ivory.  It aims to tackle the increasing threat to Liberia's forest elephants.

Poaching has escalated, and forest elephants are severely threatened.   Numbers are difficult to estimate with any degree of accuracy but they are thought to be as low as 300 individuals. 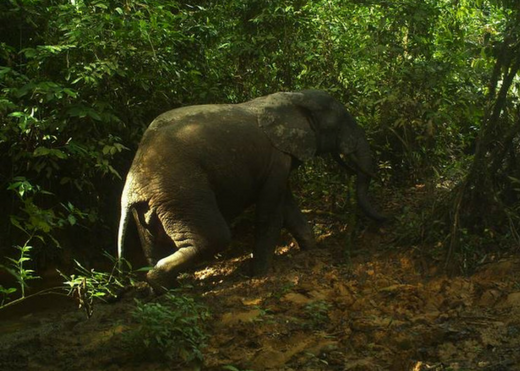 The National Elephant Action Plan helps to identify specific actions and interventions for which targeted funding will be sought to address this data gap.  The first nationwide baseline assessment of forest elephants in Liberia is one such action.

West Africa has lost over 90% of its suitable elephant habitat over the last 35 years, due to logging, mining and agriculture.  Elephants need enormous areas to roam, so in order for them to survive, it's essential to safeguard their remaining habitats and the wildlife corridors that connect them.

Fauna and Flora say that you can only find forest elephants in 8 African countries now.  Liberia has the largest forest cover, so the population of forest elephants there is really important.

This plan is vital as FFI's Liberia Programme Manager, Michelle Klailova, says, "and I quote,  “It will allow us to obtain a better understanding of the issues surrounding the distribution and conservation of Liberia’s elephants, identify the key threats and establish a programme of measures to ensure the survival of the species in Liberia.

“The Liberian President’s signature will ensure the ideas and objectives towards elephant conservation are not just theoretical but actually implemented through the action plan,” she added.

This new commitment by the Liberian President proves the government’s commitment to protecting its natural environment.

FInd out more from Fauna and Flora International here